The stamping process is often confusing when the metallurgical process required for the product is determined by a stamping plant that is just getting started or a customer who is not very familiar with stamping.

Sipxmach recommends that when selecting a metal stamping process, priority is given to:

Then goes this article body 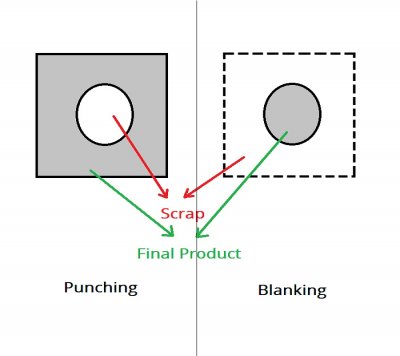 When required, blanking is the first step of the stamping process.
It cut the larger sheet metal or coils into small pieces, to get manageable pieces.

In addition, blanking is also the last step of the stamping process, usually performed when a stamped metal piece be formed.
It separates the useful parts from the scrap, or it cuts the final product from the entire metal strip (common in progressive die stamping).

If the stamping part requires slots, holes, or other cutouts, we can use piercing(also called punching).
Piercing can be performed simultaneously with blanking, punches down the sheet metal in the shape of hole into waste basket. 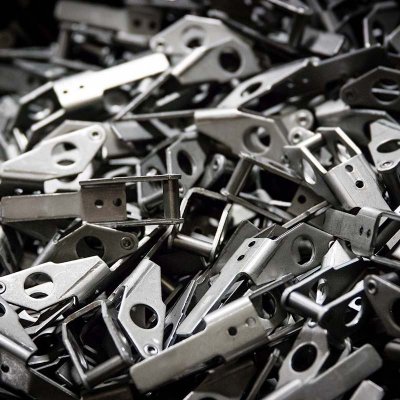 Drawing is the main stamping process in all.
Through the pressure action of the punch, the basic shape of the stamping parts is blanked out. 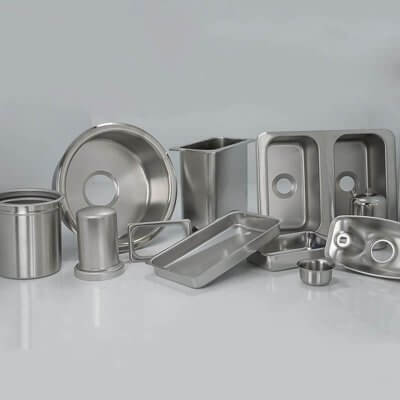 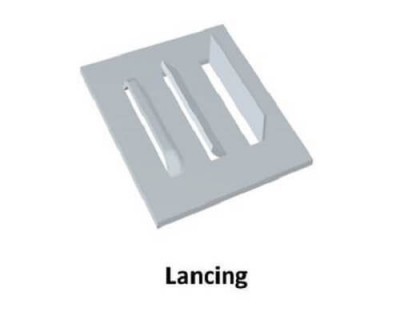 Lancing is a piercing operation in which the workpiece is sheared and bent with one strike of the die.
A key part of this process is that there is not reduction of material, only a modification in its geometry.

This operation is used to make tabs, vents, and louvers.

Obviously, bending means bending the metal at the desired angle.
The part after drawing, place it on a specially designed die and pushes against the part, get a required bend.

Because after bending, the structure and shape of stamping parts is easy to be destroyed by other stamping process, bending is after drawing.

Forming creates the parts with multiple bends, such as U-bends and W-style in one step.
Draw a box is also forming process, it use more than 4 bending edge into a metal cuboid. 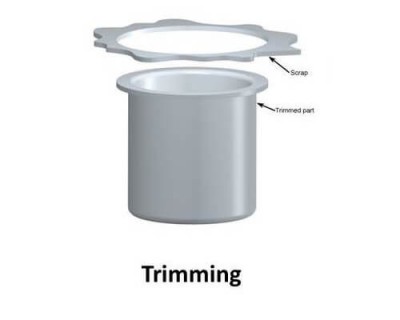 trimming is a process of cutting excess material around the perimeter of a part. It is often used to cut deep drawn cups or pools excess round edge from the part body. 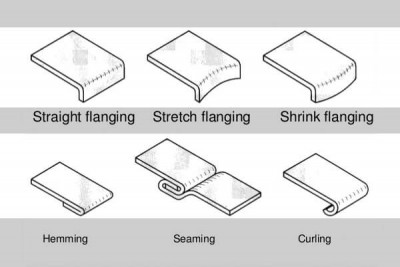 Flanging is bending the metal plate along a straight line or curve more than 90°, is a special bending process.

In some cases, flanging is also used instead of trimming to deal with the edges of stamping parts.
In this case, the bending Angle is usually more than 180°, forming a closed U-edge.

A part after all stamping process may have defects on the inside and outside surface, so the parts need to be secondary processed.

There are many different processes involved in the stamping process, but there is no one best process, or even every process is necessary.

If you know the process well enough, you can better design the details of your stamping products.Minimize the scrap amount of your materials, save your production cost here, and improve the production efficiency while ensuring the quality. Looking forward to your inquiry!