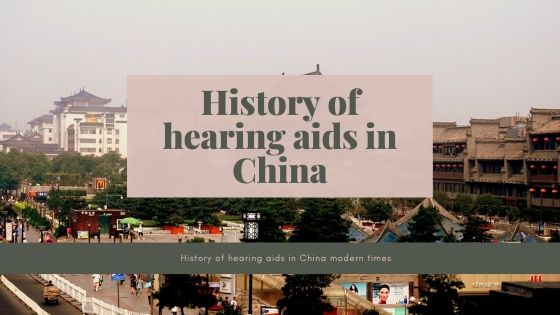 In the 1940s, Professor Liu Ruihua, a well-known ear scientist in China, introduced foreign advanced audiology-related knowledge to China and created the prototype of audiology for China. After the founding of New China, with the support of the government, Tianjin Hearing Aid Factory produced the first hearing aid in China in 1960. Within the next 25 years, domestic hearing aids were mainly produced by a few domestic hearing aid manufacturers, mainly by Tianjin Hearing Aid Factory. , And mainly box-type, there are few behind-the-ear and in-ear hearing aids. Moreover, at the time, hearing aids in China were mainly sold in stores, and few professionals passed the test. During this period, Professor He Yongzhao, a famous ear scientist in China, edited “Introduction to Audiology” in 1964. This book is China’s first monograph on audiology. In 1979, Professor Deng Yuancheng took the lead in opening the first hearing rehabilitation and hearing aid clinic in the hospital, engaged in hearing the rehabilitation, hearing aid fitting and rehabilitation of the deaf children, and created a new situation in which hearing aids changed from simple commodity trading to professional fitting. At that time, hearing aids were fitted in hospitals, but the types of hearing aids were single, and the level of fitting and equipment were very limited. They were far from being valued by the people in the department and the hospital. They were often regarded as “unfair business”, so this stage can be It is regarded as the primary stage of the development of hearing aids and audiology in China.

Read full story about History of Hearing aids in China